How little note is taken of the deeds of Nature! What paper publishes her reports? If one pine were placed in a town square, what admiration it would excite! Yet who is conscious of the pine-tree multitudes in the free woods, though open to everybody? Who publishes the sheet-music of winds, or the written music of water written in river-lines? Who reports the works and ways of the clouds, those wondrous creations coming into being every day like freshly upheaved mountains?  And what record is kept of Nature’s colors—the clothes she wears—of her birds, her beasts—her live-stock? (John of the Mountains: the unpublished journals of John Muir. P. 220. 1938.)

When I first came across this quote, I copied it into my file titled, Quotes to Use in the Future. Most of the items in that file have languished there, forgotten. But this quote, this single paragraph, stayed with me and kept drawing me back.

I have read and reread the quote many times and have come to the conclusion that it is a giant complaint, Muir venting about popular culture (sheet music), city life (the pine tree in the town square), and man’s indifference to the wonders of nature.

This seems strange to me.  While Muir had strong opinions in all of these areas, and while he had no problem expressing them, and while he sometimes verged on preaching and telling folks what they should do, it was not his usual style to vent, especially about everything all at once, in one long string of questions.

Maybe it had something to do with the effects of his having lived in the Bay Area during this time, earning a living writing magazine articles.

In any event, my interest has been stirred. So, in the next three posts I will take a look at these three sources of Muir’s annoyance.

The period we are talking about is roughly 1870-1880, the post-Stephen Foster (d. 1864) era, and before Thomas Edison’s record player would become a household fixture. This was a time when sheet music was being churned out by the thousands, mostly by a group known as Tin Pan Alley. These were New York publishers, songwriters, and composers who virtually dominated the sheet music market.

Sheet music had become big business during this time. The artistic cover designs appealed to the tastes of the growing middle class. Parlor music, a form of home entertainment using sheet music, became popular, allowing people to sing their hearts out about things that mattered to them.

The compositions dealt with topics of every kind, reflecting the complexity and richness of American life.

War. Religion. Cowboy life. There were songs about love and temperance, prairie life and mining. A song titled The Mill is Closed speaks of the logger’s plight.  The song, Should Women Vote?, enabled women to make a statement about their civil rights. 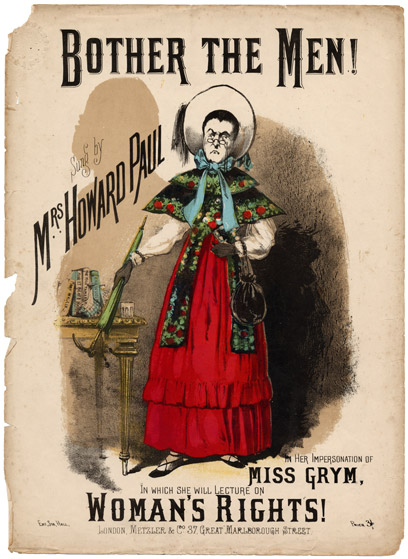 In 1874, J. L. Truax composed Falling Waters, a piece of sheet music that is supposed to depict the sound of waterfalls – thus the title.  The piece sounds classical, rather than purely popular.  Perhaps that is because it represents an abstract theme – cascading water – as  opposed to something more concrete, like lassoing a horse or marching to war.

The question raised by Muir in his 1875 lament, Who publishes the sheet-music of winds, or the written music of water written in river-lines?, seems to imply that he was unaware of the existence of Truax’s piece. One wonders whether his statement would have been tempered a bit, had he heard it.  Possibly not, as his complaint seems to be about the popular culture that surrounded the sheet music and not the music per se.